The recently launched Optane 900P solid state drive is Intel’s first consumer storage product to depart from the use of conventional NAND flash and instead utilise Intel’s much newer 3D XPoint technology.

In this post I’ll be installing an Intel Optane 900P SSD in my HomeLab and taking a look at its real world performance within a VMware ESXi environment. Most importantly, we’ll see how the added performance translates into real-world improvements with Windows virtual machines.

What is 3D XPoint?

Back in June of 2015, Intel announced the result of a collaboration with Micron: 3D XPoint. They claimed the new non-volatile storage technology would have up to 1000x the performance and 1000x the endurance of conventional NAND based flash memory, but would yet still be cheaper than DRAM.

Optane is Intel’s new marketing term for 3D XPoint memory. The P4800X, being an ‘enterprise’ product, delivered stellar performance in reviews but was slightly out of my price range at £1400 for 375GB.

Introducing the Intel Optane 900P! The first consumer SSD drive based on 3D XPoint technology. It comes in two form factors, a PCIe add-in card or a 2.5″ U2 drive.

My HomeLab server doesn’t support U2 drives (yet!) so I ordered the PCIe card, and here she is:

Inside the box you get the 900P SSD, a low-profile bracket, and a promotion code to redeem in a game (this is a consumer device after all).

Taking a closer look, the device is completely consumed by a large heatsink. When looked at from the side you can see straight through all of the internal cooling fins.

From the side we can see a few of the (presumably) 3D-XPoint chips below the heatsink:

On the other side, there’s still a heatsink but nothing like what’s on top.

My HomeLab server has quite a few PCIe slots, but with it being only 1U in height this can sometimes cause problems. Luckily the drive slotted straight into my PCIe riser perfectly fine.

For this test I will be using a virtual machine with the following settings:

For the boot test, the Windows OS will be located on the Optane storage. For all other tests, the VM will reside on a separate datastore with a 100GB Optane partition used for testing.

Note: This has been modelled on Intel’s recommended benchmark configuration for VMware ESXi, available here.

For the best peformance we’ll need to use Intel’s NVMe driver for ESXi. VMware do include a driver out-of-the-box, but the performance suffers. As the Optane 900P shares much of its internals with its bigger brother, the P4800X, I used the following driver:

Inside of the above driver package is a ‘.VIB’ file. This needs to be uploaded to an ESXi datastore and then installed by connecting to an ESXi host via SSH and running the following command:

Here’s what you should see:

I kept this part very straightforward. Within the VM I’ve disabled the Windows Update service, and formatted the various disks with default NTFS settings. The disks were set to ‘fast remove’ within Device Manager.

Now, onto the testing…

For comparison purposes, I’ll be comparing the Optane drive against a couple of conventional NAND based PCIe SSD from Samsung. Namely the PM951 and 960 Evo.

For this test I am installing Windows Server 2016. The installation ISO is mounted on the same volume as the VM.

In this test I wanted to see how a typical file copy would behave on ‘used’ storage media. A 10GB file is copied from one volume to the other and vice-versa.

The file copy was completed three times, and results taken on the fourth run.

Optane obviously wins this one, however what’s interesting here is the drop in write performance from the Samsung NAND SSD early on.

NAND SSD’s need memory blocks to have been pre-erased in order to write at full speed. If memory blocks haven’t been erased, the drive must first erase an entire block of memory before any data can be written – a slow process. Technologies such as TRIM try to resolve this by allowing the OS and SSD drive to communicate which blocks can be safely erased.

We can see the Optane 900P drive performed well and returned consistent results. Unfortunately the Samsung NAND SSD ran out of pre-erased NAND flash shortly in and suffered from degraded write performance as a result. In server applications this is a killer feature for the Optane storage.

Note: During my testing I took delivery of a Samsung 1TB 960 Evo which has been used for this benchmark.

Both benchmark results are below their factory specifications which I suspect is due to the drives being virtualised. However, we see the Optane memory excels at random IOPS, particularly at low queue depths.

If you have an idea on how I can increase the IOPS whilst running under VMware please comment below!

The Optane 900P made noticeable performance improvements in various real-world workloads, and crucially managed to deliver this performance consistently (as we saw in the file copy test).

My only problem with this drive is its capacity. Intel offer both a 240GB and 480GB version which is rather little in today’s age. However, if STH’s article is anything to go by we may see this increase soon.

For a consumer product, the 900P delivers outstanding performance with the durability and consistency commonly reserved only for ‘enterprise’ SSD’s.

A top buy in my book! 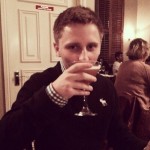